Recently, I’ve been riding Rosie in the small outdoor arena, but this past weekend I opted for the indoor.  It’s been raining for a few days and very cold (45) and windy.  So, riding indoors was a no brainer on Saturday. Just as I was adjusting the girth, Rosie did a huge spook.  Now, Rosie never spooks, so running backwards with her head up and the whites of her eyes showing was very different from her normal behavior. 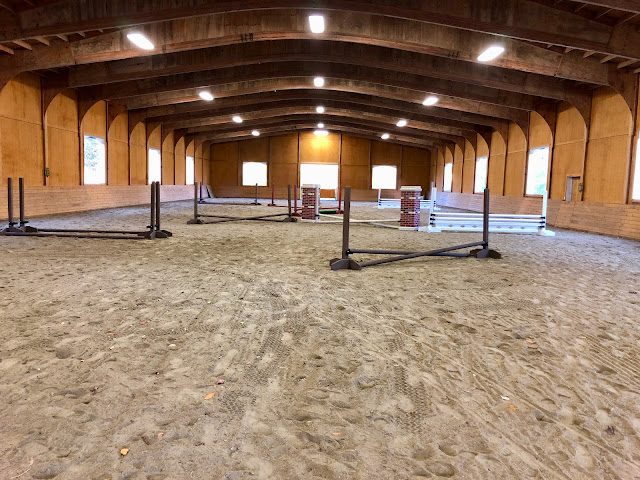 My daughter and Hanz entered the arena and she pointed out that at the end of the arena there were two small foxes hiding behind the stone wall jump.  Aha! I didn’t see them, but apparently Rosie did.  The foxes scampered out under the back door after a few minutes and things seemed to calm down.  I hand-walked Rosie around the arena a few times to give her a good look around.  She seemed to be calmed down, so we went to the mounting block.  Well, she was having none of it and kept jigging around every time I put my foot in the stirrup.  After a few minutes of this, I suggested that my daughter get on her while I held Hanz.

Good plan. It took her a while, but she did get on and walked her around a few times and dismounted.  I’m thankful I have my daughter to help me out when I need it!  In the past I would have persevered and eventually got on her but I’m getting older and less flexible. I don’t bounce as well as I used to, so I decided to let it go for the day.  There’s always another day to ride. 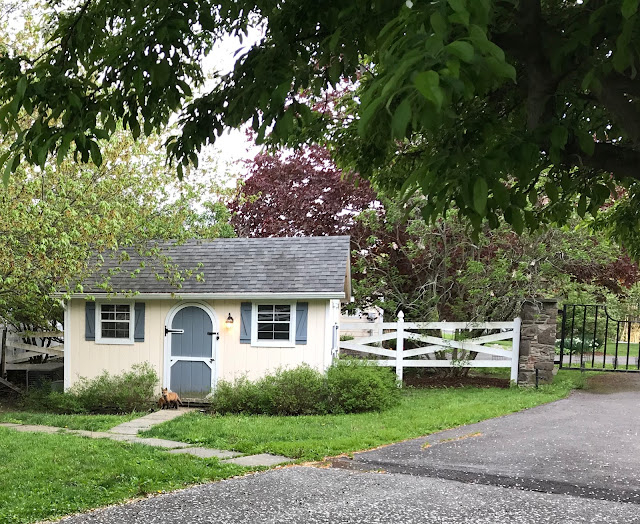 We seem to have a lot of baby foxes on the farm this year. I have no idea where the moms are.  Three of them live under the feed shed and two (that I’ve seen) live by the indoor.  They come out and play, wrestle with each other, and take any horse brushes left unguarded to play with.  We’ll find the brushes in the grass or up in the outdoor arena. After this incident, I would prefer them to leave, but they are keeping the rodent population down, so less ticks to deal with. We’ve noticed a big difference already this year.

“When you’re young and you fall off a horse, you may break something. When you’re my age, you splatter.” – Roy Rogers.