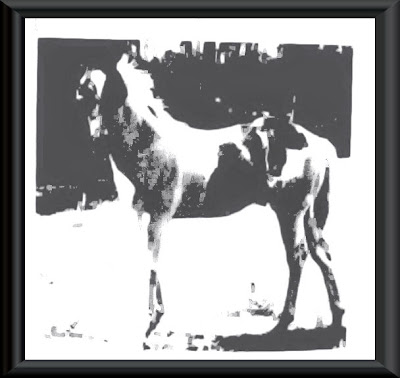 I almost let Blue’s birthday slip past without acknowledging him. As of March 26,1997 there was one more gorgeous paint arriving on the planet. The only thing I can say about Blue is that he is one unique horse who has never followed the crowd. There are so many of his antics over the years that had us laughing hysterically I’m afraid I’d never fit them into one short post. Except my favorite one comes to mind and I will have to share it. What happened was, they had all gotten to know where there stalls were, so we’d occasionally let them mosey in from the pasture through the catch pen into their stalls. While we were in the barn directing traffic, we noticed all of the horses had made it into their stalls except Blue. When we went out into the catch pen to see where he was, we found him standing in the dumpster (which we kept inside the catch pen behind the barn) acting as naturally as he would have in his own stall. I think he had decided he’d like to sleep under the stars for the evening, and the dumpster seemed a likely place as it was full of shavings - sort of like a convertible model stall. Only Blue... 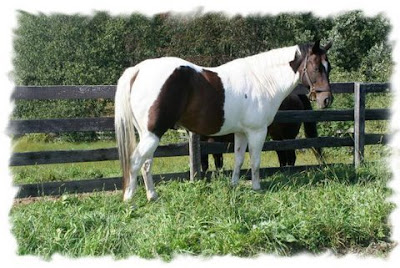 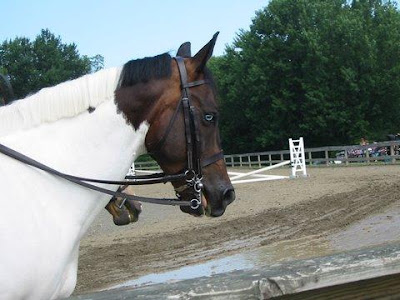 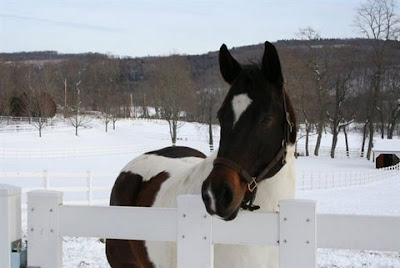 Quote for Today
On the first day god created horses, and on the second day he painted the good ones.
Posted by Grey Horse Matters at 4:37 PM