Another Update on the Arabians 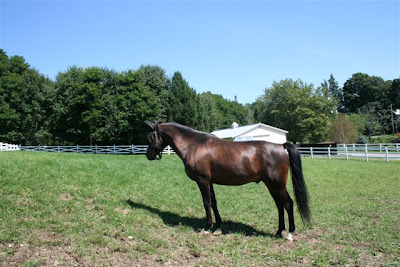 Another Update on the Arabian Horses

There are so many new developments with the rescued Arabians; I do not know where to start. I will bring you up to date on Studley first. We still have not found out his name for sure but the rescue organizer is looking into it for us. She thinks his name is Farouk and he is 5 or 6 years old. Once we get a confirmation on his name, we will stop calling him Studley.

The dentist was to the barn about a week ago and Studley had his teeth floated, during the examination it was discovered that he had two canines that had never erupted properly due to a ligament growing across them which they were unable to break through and which was causing irritation. The ligament was trimmed away, with the pressure removed and his canines exposed, he must be feeling better already.

Since the first farrier visit did not exactly go well, our farrier came out again this Monday. We have worked with him on picking up his feet for a few weeks, so he and my daughter were able to get him trimmed. He’s got two diagonal feet (right front/left hind) which are clubbed as of now, but with the proper trimming he may grow out of it. It may be because he was in an unlevel stall his whole life and had to compensate standing on the uneven surfaces for so long, and his feet grew accordingly. If that is not the case, we will know eventually.

Studley seems to have a problem being out by himself, and is prone to run the fence after a few minutes if his people leave the area. His mom is across the driveway where he can see her (although she ignores him), and Dusty and Mellon are in the paddock next to that. He isn’t alone, yet he can’t seem to settle down and just enjoy grazing. I would guess it is due to the fact that he has been stall-bound his whole life. I’m sure once he is integrated with the rest of the herd he will feel more secure and learn to appreciate being out in a big pasture.

Studley has a very sweet personality and loves hugs, kisses, and attention. He is very sensible and trusting. On the plus side, he now halters pretty well and leads like a pro. He’s had a few baths that were a little upsetting but as long as we take it slow, even if he doesn’t like a new procedure, he will think it over and generally accept it. Obviously, he is going to need a lot of training with kindness and consistency - and it’s going to take a while. I do like this little horse a lot - he’s just a trusting sweet little guy who needs a lot of love and interaction.

What the colt learns in youth he continues in old age.
- French Proverb

Below are some pictures of Studley. An update on the mare will follow shortly. 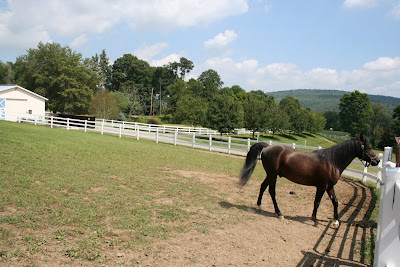 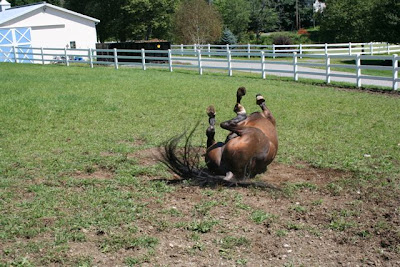 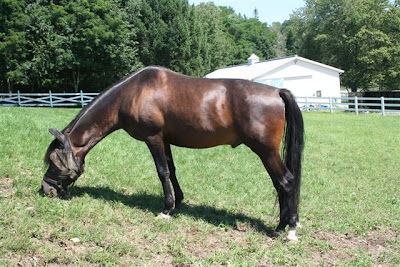 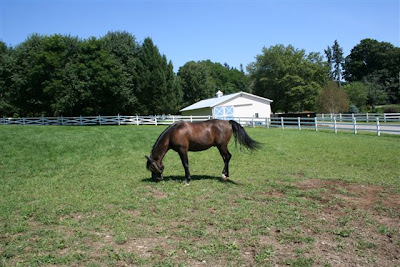 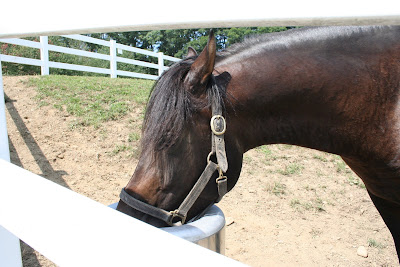