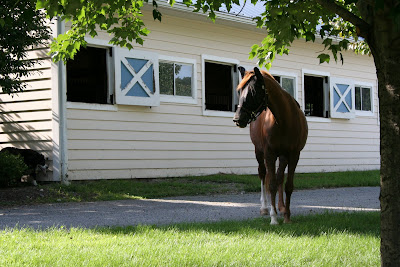 As promised, here is an update on our Arabian mare ‘Sweetie’. We know her name is something that sounds like Princess Nabir but are unsure of the spelling. It may well be a long time - or never - before we know anything concrete on these two horses. Apparently, there is a ton of paperwork for this girl to go through and she is busy with her own horse and show dogs. I personally don’t care if we ever get the papers. Obviously, we are never going to breed either one of these horses. I’m just the type of person who likes to know where a horse came from and what their gene characteristics might be. Not so much for the mare but for the little fellow.

Our farrier also worked on Sweetie Monday, and put a shoe and pad on her right front (the worst one), and trimmed her heel on the left front, which has grown into an upright “clubfoot.” The shoe evens her feet up for more comfortable walking. It’s easy to see she is walking much better and her bowed tendon seems less troublesome and painful.

The dentist treated Sweetie and her mouth was a disaster. He was of the opinion that her teeth hadn’t been floated in years, if ever. She still has all of her teeth, which is unusual for such an aged horse, but all of them had very sharp points and a crooked back molar had been cutting into her inside cheek whenever she chewed; judging by the open wound and tons of scar tissue, this had probably gone on for years. This made it painful for her to eat, which was more than likely the reason it took her all night to finish her small portion of grain. Now that her teeth have been treated this is no longer an issue, and she can hoover her grain with the best of them! She is also quite a snack monster and loves “Stud Muffins.” Our dentist was impressed; she simply stood for her power-floating with no tranquilizers and let him work. He said he left with a good feeling, not only because he was able to fix a very painful problem and ease her suffering, but also because it was rewarding to work on a horse like her who appreciated the help she was getting.

This mare likes nothing better than going out and grazing all day. Why wouldn’t she, after being stuck in an indoor with no light for a year or more? Luckily, the sick paddock she has been turned out in has little grass left, so there was no danger of founder or laminitis. Yesterday was her big day; she moved into Dusty’s paddock so she will have some shelter during turnout and eventually learn to live outside. Mellon’s injury is healed and he is back with the boys in their big pasture. Unbelievably, Dusty was calling for Mellon; I could not believe she actually liked him, never mind missed him! Mellon’s reaction? Typically male: see you later, hot stuff, I’m grazing with the boys!

It did my heart good to see Sweetie trot for a few seconds, but I was not happy to see her break into a head-tossing canter, she stopped with a short buck and immediately got her leg checked. She is fine and, I must say, one tough cookie. Although I hope she does not pull that stunt again anytime soon, I am pleased to see she is feeling better. So far she has not ventured down to the stalls in the shed, but only does a circuit of half the field; so much freedom must be intimidating for her also.

In time, I am confident they will both get the routine down and feel better physically and mentally. These things take time, but we have plenty of that to go around. 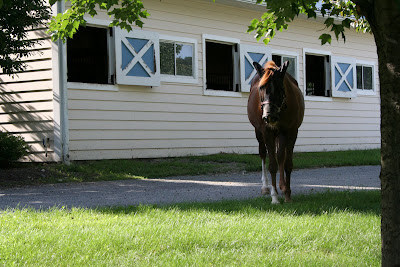 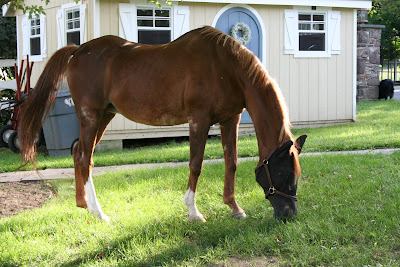 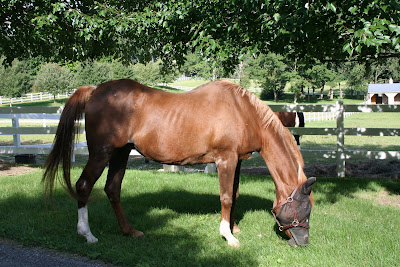 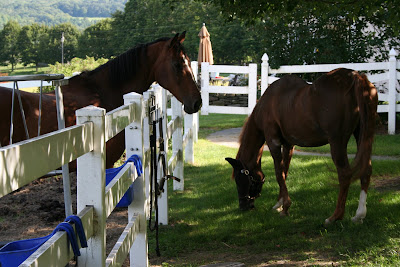 A horse carries a certain goodness, an inner light from which beauty flows.