Today is Blue’s 24th Birthday. We’ve had him since he was a youngster of 4 years old. How time flies. What can I say about Blue that I haven’t already said? Blue is one in a million. He can be stubborn and grumpy, but he also has the ability to make us laugh all the time with his antics. There has never been a horse we’ve known who is as funny as Blue. Let’s not forget how smart he is, like the time he knew I was going to ride him, so he hid behind the run-in shed and peeked out once in a while to see if I could find him. Or how he refuses to let anyone interrupt his daily naps. This would include being braided at a show while lying down or having the vet administer shots in the same prone position. Blue marches to his own drummer and doesn’t let anyone stop him from doing what he wants. A horse with a mind of his own, he’s always been Mr. Personality!

He’s showing his age a bit with arthritic hocks and Cushing’s, and he is slowing down a bit, but he’s still our Mr. Cool Dude. Happy Birthday to one of the best horses we’ve ever had the privilege to serve. 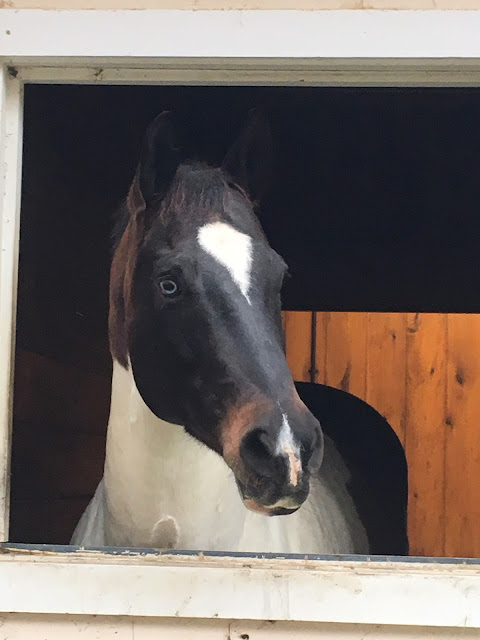 On the first day god created horses, and on the second day he painted the good ones.

Posted by Grey Horse Matters at 10:02 AM