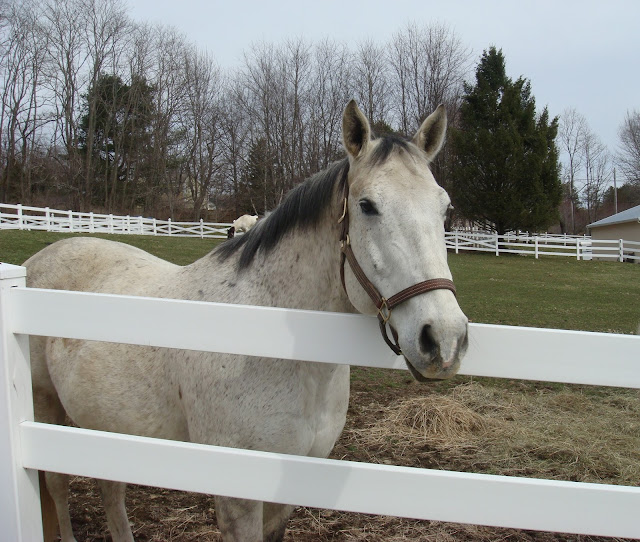 Donnie
Donnie and I worked on more clicker training with the cone. We went to the outside arena that is near the road. There are a few more distractions with cars, occasional motorcycles and bike riders and, of course, Gunnar the dog. A few more advanced moves were added like putting the cone on fence posts or on the ground. He did really well finding and touching them and seems to be enjoying his work and his treats. Once the treats were gone I decided to walk in a circle that covered half the arena to see if he would follow me.  He did in both directions and stayed at my shoulder stopping when I did and moving on with me.  So I count that as some at liberty work even though he most likely thought I still had treats in my pocket and that was his motivation.  All in all we had a good time together. 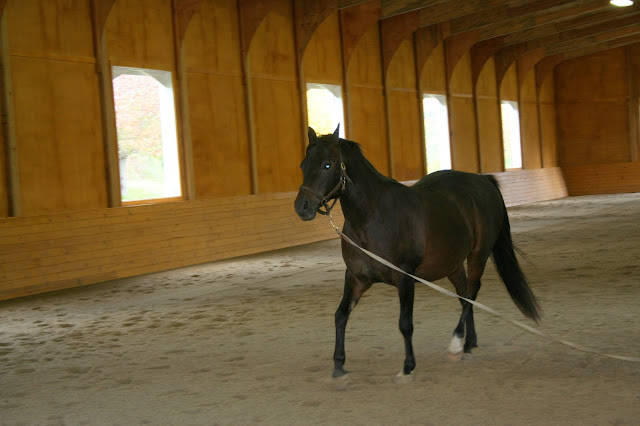 Sami
Sami worked on a short session of longeing and did very well considering he hasn’t worked on anything since last Spring.  He seemed a little confused at first but picked up the signals quickly and liked the attention.  He’s a smart little guy who lives for hugs and scratches. So he’s on his way to getting fitter and having a job.  Although he’s a sturdy little Arabian, I doubt I will ever ride him since he’s only 14.1 hands.  Then again, never say never… 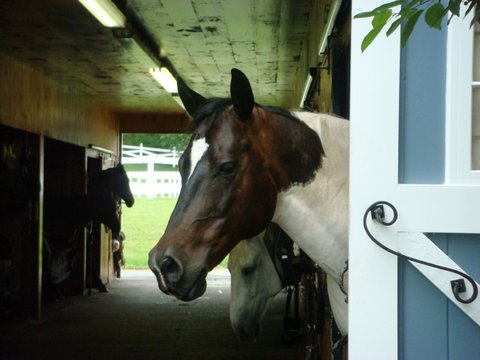 Blue
Blue and I had a ride together in the outdoor arena and it went well.  He was a little on the stubborn side about moving faster than molasses rolling uphill but we eventually worked it out.  I had to correct some steering glitches because he does like to cut the corners.  Once we got that sorted out he decided it would be amusing for him to counter bend a bit here and there to see if I was paying attention, I was and we worked that out between us.  It was fun to finally trot a bit with him and then we called it a day and ended on a good note.

Quote for Today
There is nothing so good for the inside of a man as the outside of a horse. ~John Lubbock ~
Posted by Grey Horse Matters at 12:37 PM