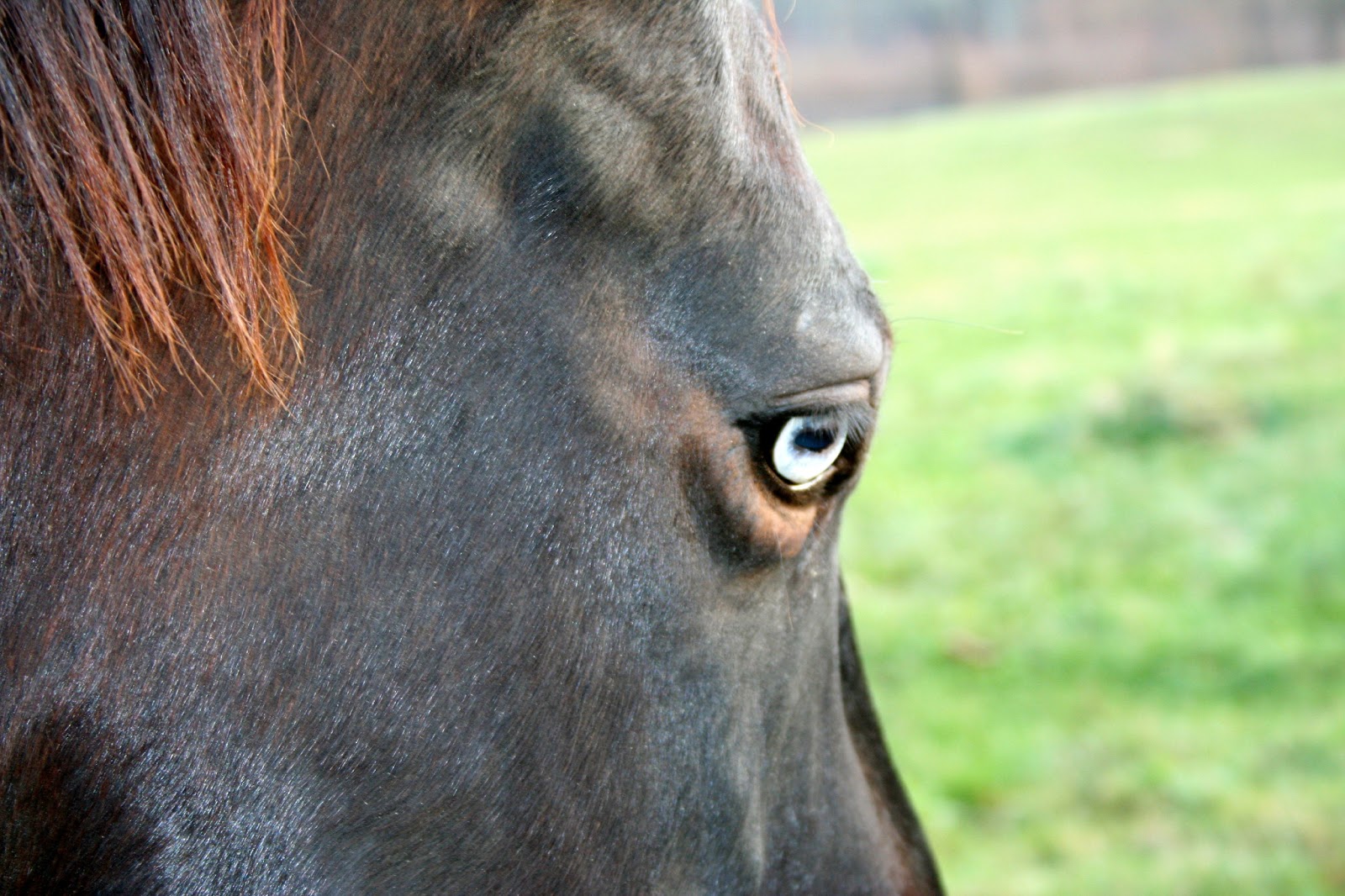 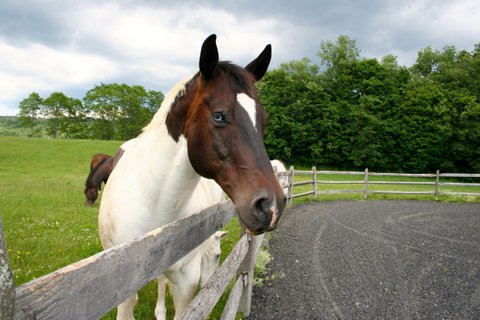 Today is Blue’s birthday. He is nineteen.  I don’t think there is much more I can say about Blue that I haven’t already said. Blue has a special place in my heart and always will. He is one of those extraordinary horses that will bring a smile to your heart when you are around him.  He has a personality that is so unique it would be an understatement to say he is quite a character.

I can remember when we first met him; he was a handsome four-year-old with his own unique personality. I should have known then how much I would admire this guy and come to love him. On the ride across L.I. Sound which took over an hour he was on a rocking ferry in a trailer with people he didn’t know and he never blinked an eye or made a fuss, but took it all in stride.  Typical Blue, of course--never expend more energy than absolutely necessary.

Blue has always had the capacity to make me laugh, so even though I’ve told these “Blue” anecdotes before, I’m going to repeat a few.  He is one of those rare horses who knows who he is and is very comfortable with himself.  Being one of the smartest horses I’ve ever known, his antics are nonetheless very comedic.  I sometimes wonder if he pulls these stunts to make us laugh. He may not think so, but any horse who will climb into the manure dumpster and stand on top of the pile surveying his kingdom majestically is just downright funny.  One time he was at a show and needed to be braided. Unfortunately for the girl who did the braiding, Blue was taking a nap and refused to get up.  She pulled up a chair and braided his mane while he stayed lying down. He did the same thing to our vet. Instead of getting up for his shots he stayed lying down and took it in stride. Blue has been known to actually hide behind the run-in shed when he knew he was going to be ridden, occasionally peeking around to see if he was spotted.

Some of the herd might crowd the gate waiting to be first to go in at night time.  If that happens he bides his time and comes in when it’s all clear so he doesn’t have to deal with the riff-raff. But if he looks around and sees no one is heading for the gate he’ll make eye contact with you and almost nod his head as if to say,  “I got this, do you?” and he’ll trot up to the gate to be first.  What can I say?  He's a complex guy.  There’s no way to put all of his personality quirks in a short post so this will have to do for now.  Suffice it to say Mr. Blue is one very cool horse.

I would also add that he is more affectionate to his humans than he is to his herd members. He’s always been a bit of a loner and seems to relate to people more than other horses. Maybe its because humans may be harboring treats. You never know when a carrot or apple will appear! So after a full day of searching for that elusive blade of perfect grass he’s more than willing to suffer through hugs and ear rubs.

Quote for Today
The love for a horse is just as complicated as the love for another human being...If you never love a horse, you will never understand.
Posted by Grey Horse Matters at 10:02 AM