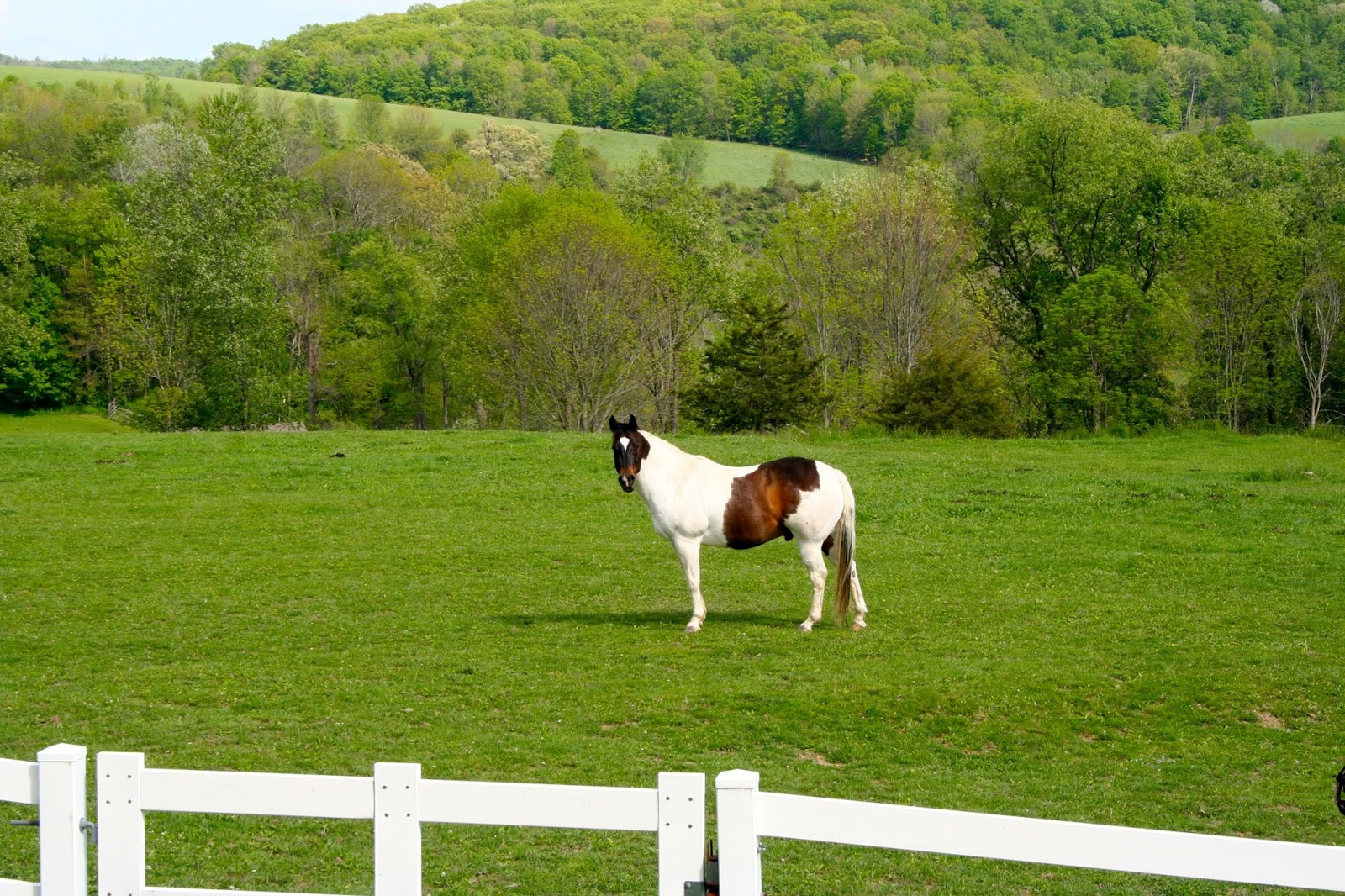 I haven’t really been riding as much as I’d like to, but I’ve managed a few rides a week at least. Dusty continues to be a great riding companion--when I can catch her.  She’s impossible to catch on some days; she'll walk three steps ahead of me around the entire field--just far enough out of reach that I eventually give up trying...   That’s okay; I know where she lives!

Blue, on the other hand, always saunters over to say hello.  He most likely thinks I’ve got carrots in my pockets. Unfortunately, there are never carrots in my pocket, but I am always sporting a lead to bring someone in with me. He doesn’t seem to mind. Unlike Dusty, Blue is a people horse and likes to be groomed and hang out with me.  So I’ve been tacking him up and riding him when I can.

Our first ride didn’t go as well as I thought it would.  Blue turned 17 in March, has had some good training over the years, and is our Steady Eddie horse.  On the other hand Blue can be very lazy and his heart isn't always in it.  He'd rather be under a tree grazing or hanging out under his fan munching hay on a hot day.

This is what I’ve been dealing with lately.  Imagine my surprise when on our first ride together I discovered that he’d "forgotten" how to steer.  Seems he knows how to mosey around the arena but can’t keep it together for a circle or walking on a straight line down the rail.

Granted he hadn’t been worked all winter but Blue and I both know he hasn’t forgotten all he’s learned up to this point.  It’s just his way of having fun at my expense.  That’s okay; we’re working on getting him back to where he was before his time off.  Lots of circles, figure eights and serpentines done at the walk.  Usually, by the end of the lesson, which I keep short, he’s a little more willing to cooperate.  We always end on a good note with loads of praise and rubs. Then it’s back to the barn for his carrot and Stud Muffin.

I know in my head that you have to ride the horse you have that day, but it does get a little frustrating when you know he’s already done all this before.  Riding is a test and hopefully I’ll pass his tests sooner than later and we can get on with moving forward together.

Quote for Today
Posted by Grey Horse Matters at 2:29 PM