A New Face Around The Barn 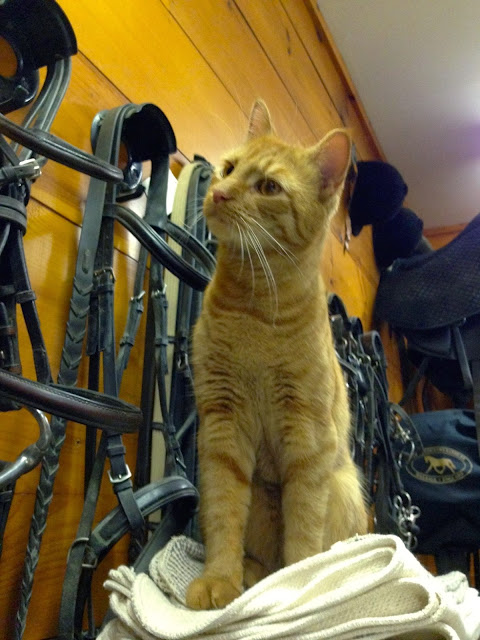 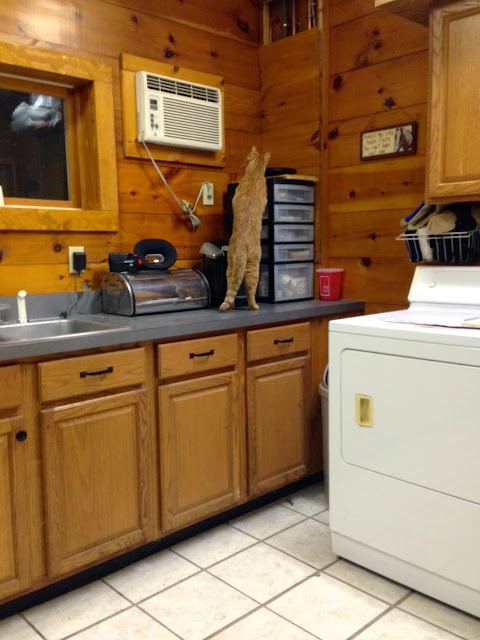 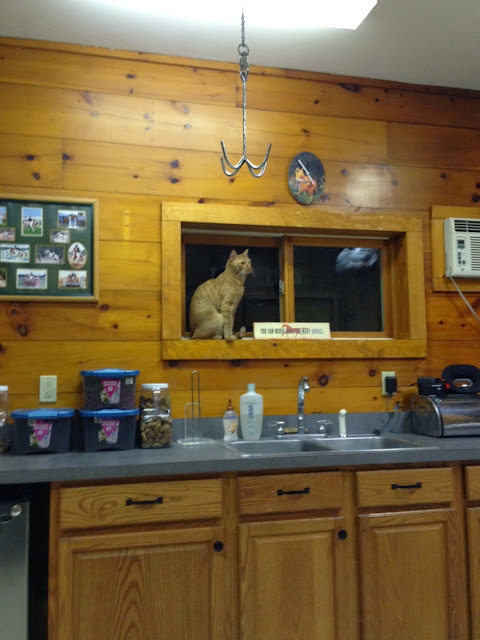 We’ve had a new addition to the farm.  This little guy needed a home and he now has one with us.  I’m more of a dog person and haven’t had a cat since I was a child, many years ago.  The reason being that all my children are allergic to cats.  It’s hard to turn down an animal in need though, so we’ve adopted him.  He’s going to be an outside barn cat and live in the tack room.  Luckily, for him and us, the tack room, upstairs loft and blanket room have cat doors already built in so he can come and go as he pleases.  We’ll keep him in the tack room for a while until he gets the idea this is where he lives now.  The heat has been turned on for him so he won’t be cold at night and he has a night-light too.  There’s a rumor that even though he’s young (less than a year old) he’s a good mouser so we will see if that’s true in time.  He is very friendly and seems to be settling in nicely.

This weekend I rode Dusty and my daughter rode Grady.  Dusty was very good and did everything she was asked.  Grady was a little up because of the cold and wind but he managed to hold it together.  For some reason he was making faces at Dusty whenever we passed but it didn’t bother her a bit.  I’m told she gave him the stink eye right back.  She’s the queen of dirty looks and she doesn’t care how big Grady is.  Dusty won’t be intimidated by anyone or anything.  She thinks she’s very tough.

Until next time
Quote for Today
"Thousands of years ago, cats were worshipped as gods. Cats have never forgotten this." - Anonymous
Posted by Grey Horse Matters at 9:29 AM