We've been having a heat wave here in the East.  The temps and humidity are high so the horses come in during the day and get to stand under their ceiling fans, eat hay and have less bugs to deal with. Most of them also take a siesta.  They go out at night.  It's cooler with less bugs and they seem to cope better with this set up.

This morning when we went out to feed and bring them in they decided to stay out. Below are a few pictures (not great quality) of where they decided to spend their time.  They've been doing this for a few days.  This particular shed has two ceiling fans and had two stalls but we took the divider out a while ago. Now I don't know how they manage to fit the whole herd of seven in there because it's nowhere near as big as the new shed.  Granted the new shed only has one fan but still there's more room for the whole gang. 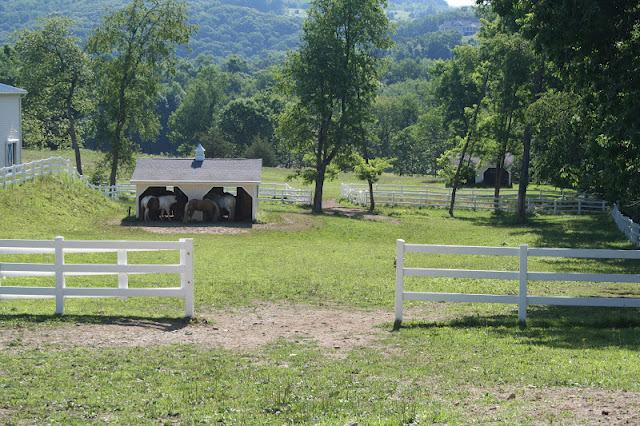 It reminds me of the clown car at any circus. How can you stuff seven horses ranging in size from 18 hands to 14.2 hands in a small shed without incidence.  I've noticed that some of them have to stand under the overhang until it's their turn for a little fan time.  It can't be comfortable. I guess they've worked it out amongst themselves. 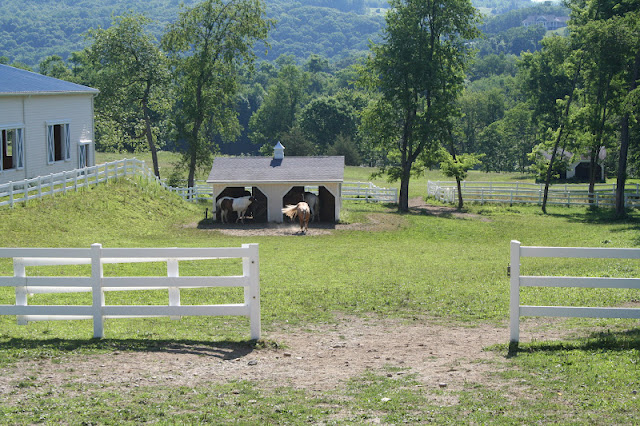 When Dusty spotted me taking pictures she decided to come up for her fly mask and hang out under the fan in the big shed.  I don't want to play favorites but she might be the smartest one of the bunch!

A little horseplay... the way best to enjoy a summer day!
Posted by Grey Horse Matters at 3:44 PM