The Most Frustrating Mare 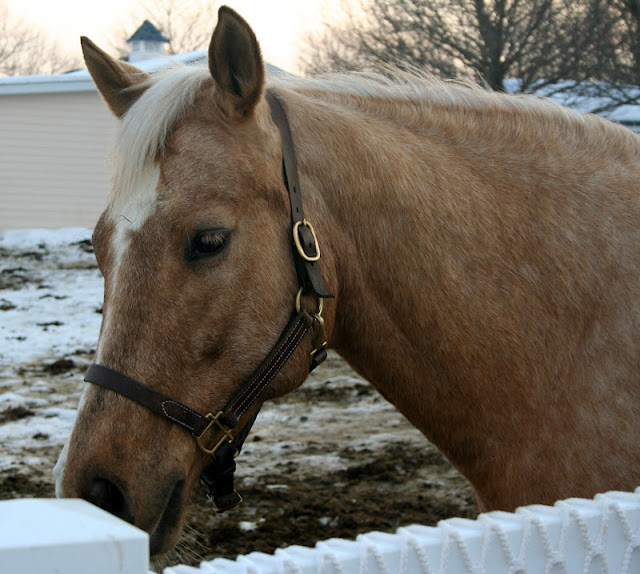 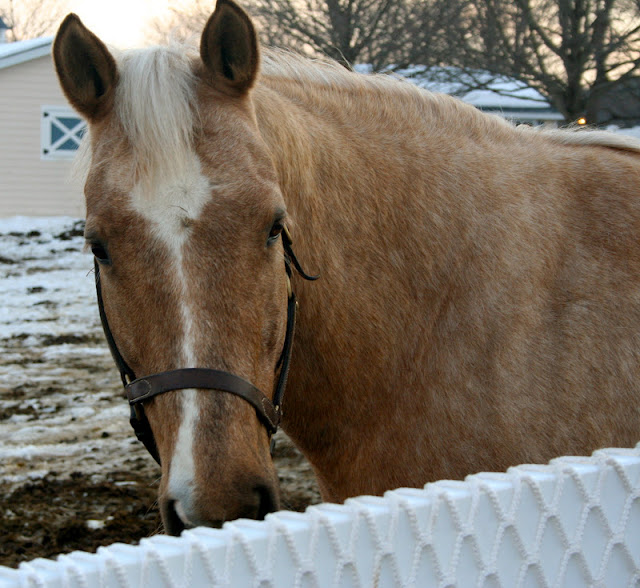 There’s almost nothing going on around the farm right now.  The weather isn’t really cold but it’s on and off rain every other day.  This makes the pastures muddy and sloshy.  The horses are a muddy mess every day, which leads me to wonder why would they really want to roll in the mud.  Rolling in mud isn’t exactly a spa treatment and can’t feel that good.  It makes me not want to clean anybody up for a ride either.  The mud is so caked on some of these equines that I have to take a shedding blade to them just to budge it.  The other night when I went to take Mellon’s halter off it was so encrusted with mud I had to get a hoof pick to clear out the snap.  Of course, since I was working over my head the dirt promptly went right in my eye.
This time of year seems so frustrating to me.  At times I’d rather have snow instead of rain; at least it’s cleaner.  It also makes me wonder why Dusty has suddenly reverted back to her old behavior of refusing to come in at night.  In the seasons of spring, summer and autumn, I get it; there’s still grass out in the pastures to be eaten.  It’s warmer and it’s nice to stay out at night and play “let’s make believe we’re really wild horses.”  There may be a blade or two of grass coming up somewhere now, but I don’t think it’s enough to warrant this current behavior.
Our recent nights have been cold, down near the single digits then up into the 30 degree mark like a roller coaster.  We bring them in at dusk and as soon as two or three horses are safely in the barn Her Majesty might decide to lead a conga line back to the pastures.  No amount of calling will stop her progress.  Or she stays in the catch pen just out of reach until the last horse is brought in and I personally think she expects one of her employees to bring dinner to her.  Which isn’t an option.  When she finally realizes she’s not getting fed she will come to the gate and allow herself to be brought in.  Dusty is a very frustrating mare and she does try my patience.
There’s no rhyme or reason to her behavior that I can come up with but I can only hope her leg is feeling so good she wants to do more.  I’m sort of insisting she come in and rest at night.  So far she’s only threatened to stay out all night then relents and comes in, even if it’s after dark.  Don’t get me wrong, it’s a lot of fun to go back out around eight o’clock to see if the princess is ready to grant permission to be brought in.  The last time she wasn’t up after dark we sent Mellon (the Terminator) out after her and told him to bring her home, which he did.  She’s a free spirit, but Mellon’s the boss whether she likes it or not, and she will listen to him or it’s her very ample butt that’s going to get a kick.
We’ve tried many different scenarios to try and fix this behavior and they work… for a day to two.  The most effective one was when we left her in the side paddock by herself for the entire day.  Next day she was the first one to the gate.  So I know she can figure out when she’s doing the wrong thing; problem is she simply doesn’t care.  For now it’s a test of wills between her and us.  Eventually we will win, but that’s not to say she’s still not the most maddening horse we’ve ever dealt with.
Until next time
Quote for Today
How do you catch a loose horse?
Make a noise like a carrot.
- British Cavalry joke -
Posted by Grey Horse Matters at 10:52 AM