Did I Just See That! 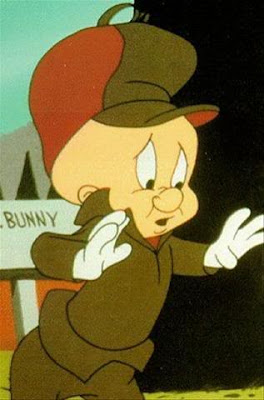 I’m afraid I did and it was a rat!  Now don’t get me wrong, I am an animal lover, but I don’t like rats or mice for that matter.  You might as well add snakes to the list; everything else I can deal with.  There’s no reason we should have any infestation in our barn.  We don’t keep any feed in there.  It’s all out in the feed shed and locked down tight.  Not even a mouse can get into it.  Our barn is cleaned everyday.  The tack room door remains shut when we’re not using it. We have a small refrigerator for the carrots and treats.  There’s absolutely no reason to have a rat running around in the barn unless they like hay and I’m pretty sure they don’t.
Here’s the odd part.  I’ve never seen an animal do this but I’m seeing it now.  We keep the blankets in the wash stall in the winter.  It was brought to my attention by a helper that there was a pile of manure hidden behind the blankets.  Okay, that’s different.  So we moved the blankets and cleaned up the manure.  Obviously, some sort of animal was moving it there and eating the grain out of the poop…ewwww!
We had few clues and weren’t really sure what kind of animal was visiting at first.  It could be one of the foxes or a raccoon.  The horse’s stalls looked like a mix master had been in there all night. Guess they don’t like their sleep being disturbed.  Next clue I had came when I was in the tack room cleaning my saddle.  I swore I heard something behind one of the tack trunks, a sort of scratching noise.  On further investigation there proved to be nothing there, no droppings or anything like that.  Still a puzzle that needed to be solved and I wasn’t giving up the hunt.  I felt like Elmer Fudd hunting wabbits.
After the blankets were removed and the hiding place exposed there was no more manure mounds in the wash stall.  However, there was a trail of manure from Nate’s stall to the cat door.  The previous owner had a cat and holes were cut into the walls with removable doors for the cat to come and go at its leisure.  We slid the door over the cat door on the tack room side to prevent any critters from setting up shop in there.  Yeah, we’re clever like that.
Our unwanted visitor continued to take Nate’s manure and leave a trail, like Hansel and Gretel with breadcrumbs, across the aisle and into the cat door hole.  Hmm, which led us to believe it wasn’t one of the foxes or a raccoon but a critter that was nesting in the wall above the cat door. Nice.
One night at bring-in time, I flipped the aisle lights on and then the stall lights and lo and behold there he goes. From Donnie’s stall across the aisle into the hole in the wall, fast little s.o.b. and very huge.  At one boarding barn we used to call them B.F.R’s--you’ll have to use your imagination here.  So after a confirmed sighting I got some special pellets and hope he eats them and leaves.  In the meantime, I’ll be walking gingerly and in ready to run mode if need be.  I know some might think this is mean but I can’t have a rat in the barn.  It’s disrupting the horses and making them nervous.  Except for Nate; I think he’s found a new friend.  Of course, rats prefer his manure to all others, so he probably thinks he’s special and his manure is the sweetest and smells the best.
We’ve thought about switching Mellon and Nate into each other’s stalls for a while to see what happens.  In his younger years, at a boarding barn overrun with rats, Mellon would stomp them when they came into his stall.  My daughter would have to shovel them out of there every morning.  Mellon the Terminator wouldn’t put up with them in his stall for any reason.
I hope you don’t have this problem but if you do how do you handle getting rid of them?
Until next time
Quote for Today
Stay outside and you’ll be fine.
Come inside and your _ _ _ is mine. (fill in the blank)
Posted by Grey Horse Matters at 8:23 PM