Oh No! Not The Knee 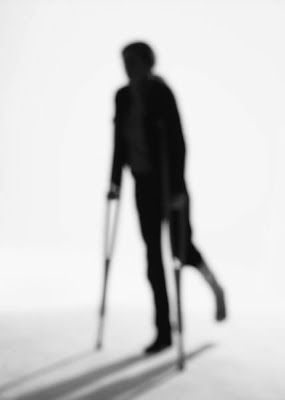 Oh No Not the Knee!

Are you kidding me! I cannot believe I did it again.

This time I have torn the meniscus in my left knee - as opposed to the one I tore in my right knee last year. (P.S. - I love to say the word meniscus! It sounds so scientific and fun! Meniscus – Circus. Close enough, right? Can’t you just picture prancing ponies at the Circus when the word Meniscus is bandied about?)

This past Monday I had arthroscopic surgery to repair my torn meniscus. Luckily it wasn’t as bad as the right knee last year; that meniscus had to be removed. It doesn’t mean that it doesn’t hurt like the devil, because it does. However, while I recuperate, I thought this post might address the problems we start to have with our older arthritic knees and how to cope while continuing to ride, regardless of the pain and the loss of flexibility.

Let’s face it: arthritis hurts, and to control it we need to take a few preventive measures (providing it’s not too late already, as in my case.) The Number One preventative -and this is major- is to keep our weight down. How unfair is that? It is one of the main reasons I am sitting here now instead of out doing the things I want to do. That’s right; I actually want to be out doing fun things instead of sitting here recuperating. How did I get into this mess, you ask? Well, it has to do with menopause, weight gain, less flexibility and the common denominator: aging.

During the waning winter months, I decided that I needed to lose weight and exercise before Spring and I got back to riding. A lofty goal, to be sure. As usual, I started out full of enthusiasm and energy. That lasted about a week or two, until I hurt something in my knee. Apparently, I was a bit overzealous in my exercise regimen, and did it to myself. Sadly, I was sidelined and had to take a little time off from exercising. I’ve written a few posts about how we should start slow and work up to the big workouts. Right now, I agree with myself and should have practiced what I preached, starting slowly and building up gradually. Did I? Heck no! I am strong; I am invincible; I am woman… hear me roar? (Helen Reddy should have been banned from the airwaves). It’s a bitter pill to swallow when your mind says “go!” but your body says, UH OH, better not try that again! Next stop: the orthopedic surgeon.

Headlines: THE MRI CONFIRMS IT, she’s torn the meniscus, and it needs surgery. That’s just swell.

I have had it repaired and as of day 4, I am sitting here and the stitches are really pinching me off. On arrival home Monday after surgery, I rested for a while. That gets old fast, as I’m not used to sitting around. I’m bored already and it’s only been a few hours.

Determined to be mobile I decided to give the crutches a go and take them for a spin. Into the kitchen or the freezer would be more accurate. I’m going to treat myself to an ice cream for being very brave about surgery. I also owe it to myself for all the exercising, dieting and the hell I’ve wrought to my knee for the sake of good health.

So far, the crutches haven’t been a problem (I made it into the kitchen didn’t I?) but where do I put the ice cream and maneuver with the crutches? Aha, the idea light bulb goes off, spoon in pocket with phone, ice cream under chin. You would think that might be too cold but, genius at work, I wrap it in a paper towel! Ha, Ha! not too cold now. Pretty smart, huh?

On to the den, where there are two steps down; can you see it coming? Slippery socks, crutches, ice cream, and yes I slipped but only down one-step and on my good leg... No harm done, thank God I had my priorities straight: with a grip like the jaws of life, I jettisoned one of my crutches to save the pint of Hagen Das. It was a close call. All could have been lost I might have actually had to bend over to pick it up from the floor. Now that I’ve written to the manufacturer of the crutches suggesting a warning label be glued to the death sticks, something on the order of “Warning: don’t use this device if you are a confirmed Klutz” along with a recommendation for built-in storage. I feel a lot better when I’m dragging my leg behind me doing my impression of Quasi Moto.

Seriously, for older knees and joints it has been suggested that I take Glucosamine and Chondroitin supplements to lubricate my joints better. I’m not suggesting this for anyone else, MY doctor told me it works for some, but not all. If you decide to try it, let me know if it works for you. The general consensus is that it usually starts to work in about 3 month’s time. Other factors: Exercise (slowly,) diet (nutritiously and lose only 2 lbs. a week). Doing exercises with less weight bearing on the joints such as swimming, elliptical machines, yoga etc… is actually good for you if you start slow and work up to what you can comfortably do. My daughter suggested Tai Chi and I will try the DVD she gave me as soon as I am able. (Are you happy now)?

My doctor has also suggested a joint therapy treatment that can be injected into my knee joints that may help lubricate them and make it feel less painful to walk, it is called Suparz, www.supartz.com. I’m guessing it’s sort of like spackle to fill in the arthritic gaps. Again I am not advocating this as I am NOT a doctor and don’t know what’s best for your aches and pains. This is what MY doctor suggested for me. If you are interested in this treatment, contact and speak to your orthopedic doctor about this.

I have searched for the deeper meaning in all of this aging nonsense and have only been able to come up with one moral to this story. Which is of course: never, ever exercise - have someone do it for you. Remember, if you were meant to touch your toes, the floor would be littered with diamonds. Or, at the very least, new riding gear.

Our greatest glory is not in never falling, but in rising every time we fall.
- Confucious
Posted by Grey Horse Matters at 9:32 AM