This past Sunday we lost our beloved horse O'Grady.  He was my daughter’s horse and she rescued him from a previous owner about twelve years ago.  Grady had some medical problems when he came to her, mainly shivers.  But he was a trooper and never complained, even when he had a cancerous third eyelid removed, a bout of pasture stringhalt, or his bladder flushed out with a huge catheter. They were a good team and enjoyed some very nice rides over the years.
Recently Grady was having problems emptying his bladder normally and had constant leakage. Each night my daughter had to wash his legs and other areas.  She didn’t mind and I’m sure he was appreciative of her special care. He was also mysteriously losing weight and, a few weeks ago was diagnosed with lymphoma. The vets had given him a few months to a year with medical treatment. She was waiting to start his chemotherapy which she had to hold off on because Grady developed a fever last week and the vet had her giving him antibiotic injections for a possible bladder infection.  He went off his feed.  There were also multiple ultrasounds, blood tests, and examinations. His fever was gone by Saturday and he started eating again, so we thought he was feeling much better.
Sunday morning, he ate some feed, snacked on apple pieces and a carrot, and was eating his hay and drinking.  He got his antibiotic injection, and we went in to have breakfast.  When we came out, his condition had suddenly worsened. We could tell he was in terrible pain, looking at his sides like colic, and he went down.  We called the vet and did all we could to ease his pain, but it all happened so fast the vet never had time to come. He had what looked like a seizure, and then he was gone.
We knew this day was coming when Grady was diagnosed, but we never expected it to be so soon, or so sudden. It has been a shock. The vets have offered some theories about what might have been the cause, and all of them sound reasonable, but no one can really say for sure. So, it is sort of a mystery why he declined so fast. We hoped he would have more time. But most of all, we hope that he had a good life, and that he enjoyed his years with us. We certainly enjoyed our time with Grady and are grateful that he came to us.
Grady was the sweetest, kindest horse in the barn. We called him our Gentle Giant. Because he was always a perfect gentleman, Grady was the only horse on the farm who was allowed to wander loose around the barn, and to let himself in and out of his stall (with detours past the feed shed for a snack while feeds were made up.) He was known to stop in at the tack room door to ask for a treat, or to raid the apple bucket when no one was looking, but it was impossible to spoil Grady because he was always so good. He was also a horse who cared about all his herd-mates. He would never leave anyone behind. If I was riding Rosie in the indoor, he’d climb the hill beside it and look in the window to see where she was.  If I rode her outside, he stayed by the arena until she was done.  Then he’d follow us in for an after-lesson snack. When my daughter would hike out to the back field at night to bring them in, all the others would run ahead home, but Grady would stay and walk home with her. Being a big guy, at over 18hh, he would outpace her for a few strides and then stop, turn his head, and wait for her until she caught up before he would continue on home. As I said, he left no one behind.
The farm won't be the same without Grady. We are heartbroken and will miss his kindness, gentleness, and friendliness around the barn. 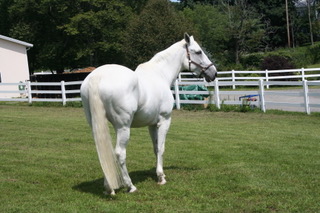 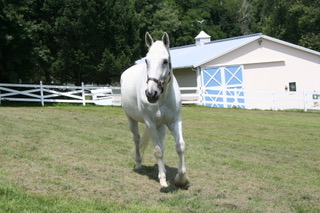 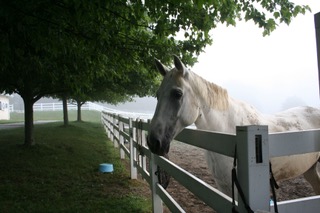 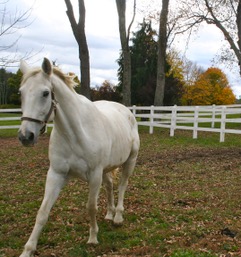 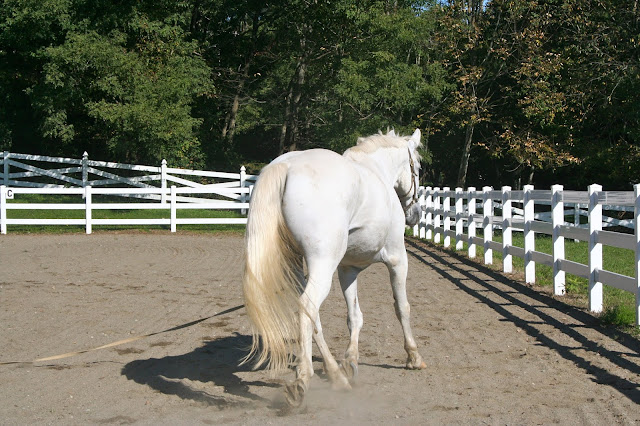 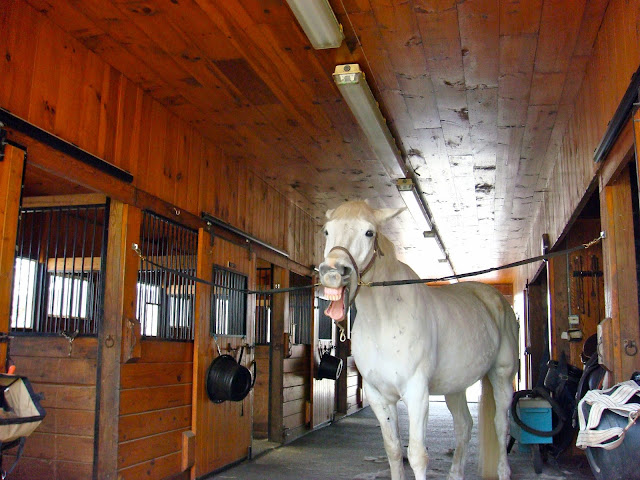 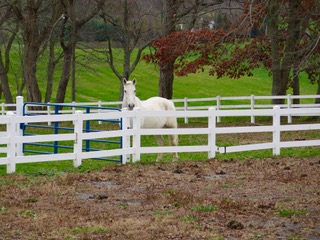 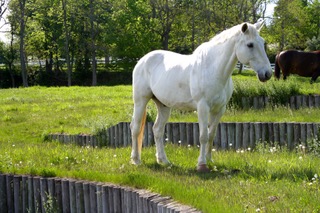 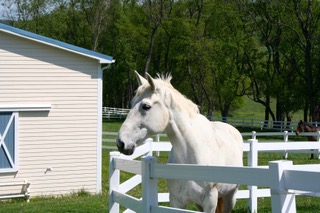 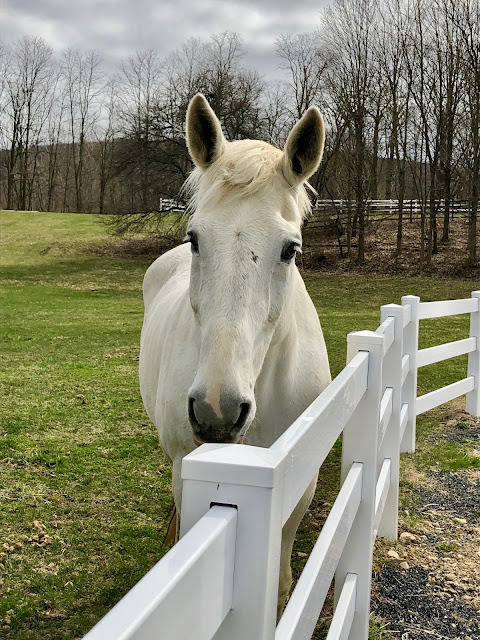 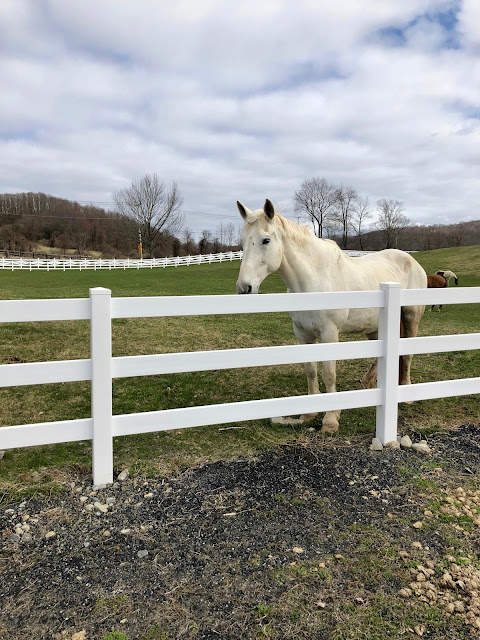 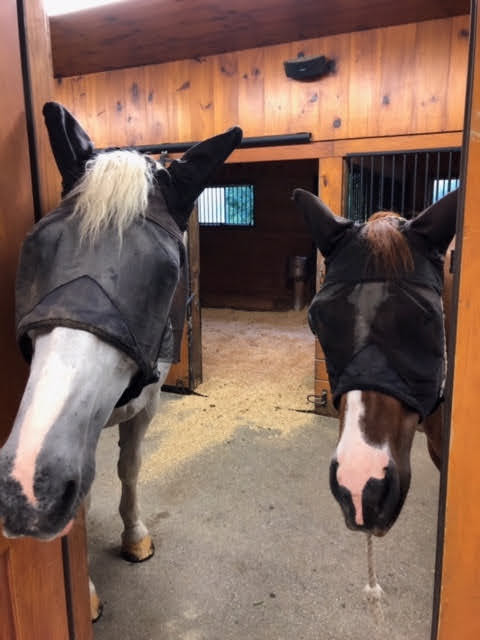 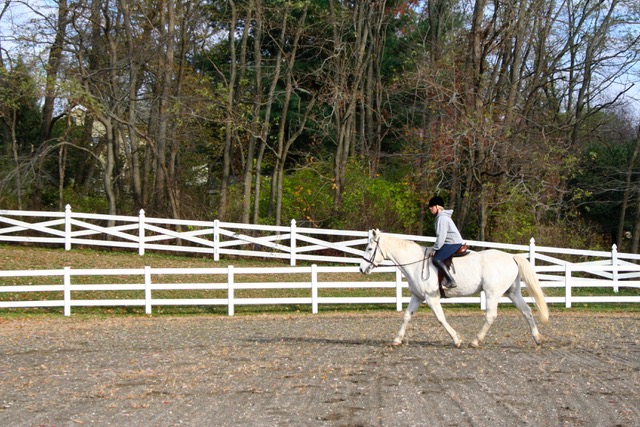 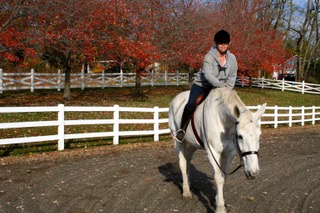 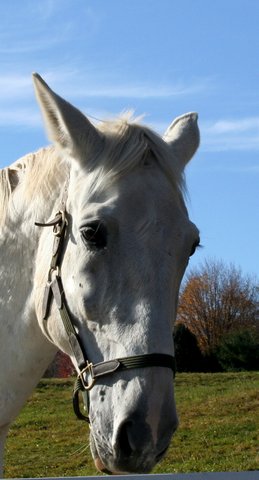 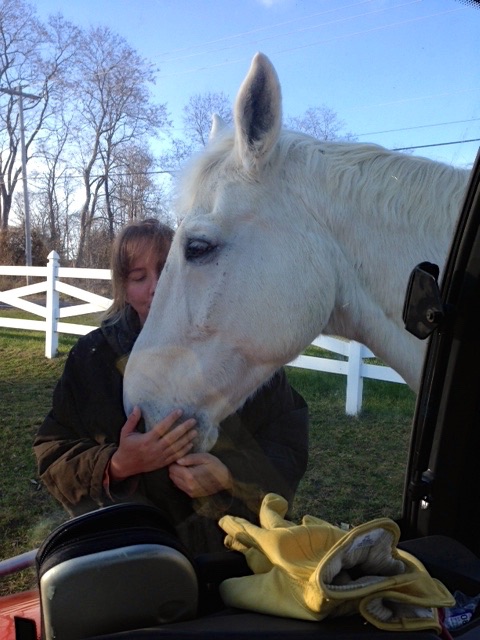 Goodbye Grady—you were the best.
Quote for Today

Nothing is more sacred as the bond between a horse and a rider.   No other creature can ever become so emotionally close to a human as a horse. When a horse dies, the memory lives on, because an enormous part of his owner's heart, soul, and the very existence dies also.
- Stephanie M Thorn