Where to start?  The first two weeks in October my daughter took a trip to Ireland, which left me solely in charge of the farm.  When she left, Grady had a bruise on his left front hoof that he was favoring but with a few days of Bute he was walking better.
Then Blue decided to come up lame on his right front hoof.  He struggled to walk for two days. Bute didn’t help, and on the third day he just refused to leave his stall. Which was fine as he was allowed to leave his stall and wander around the barn areas if he felt like it.  He didn’t. We treated it like an abscess but after a week, nothing happened. We got worried so I had the farrier check him out. Apparently, the whole hoof was sore. Then he took to lying down in his stall and not getting up. Next the vet was called to come and check him out. We got x-rays just to rule out founder or a fracture. Luckily it was nothing so drastic. The general consensus was that he was working on a really big abscess.

I’ve got to say Blue is a real trooper…not!  As he lay in his stall moaning and grumbling he was brought hay to munch on, he’d pick up his head and take a few bites then lay back down until he was brought water to quench his thirst.  I honestly think that if he could have put his hoof to his forelock he would have said, “ Woe is me!”  Typical male behavior, such a drama queen. We had to soak his foot in a plastic bag while he was lying down and then wrap it in an Animalintex. Thank heavens his abscess finally blew about two days ago.  It was pretty disgusting and he’s feeling better now but still not quite there, so he’s still wandering around the barn and small paddock in his Soft-Ride boots. He may be able to go out with the herd soon.  He’s been missing them since they have refused to come in for the last four nights and he’s been alone in the barn. 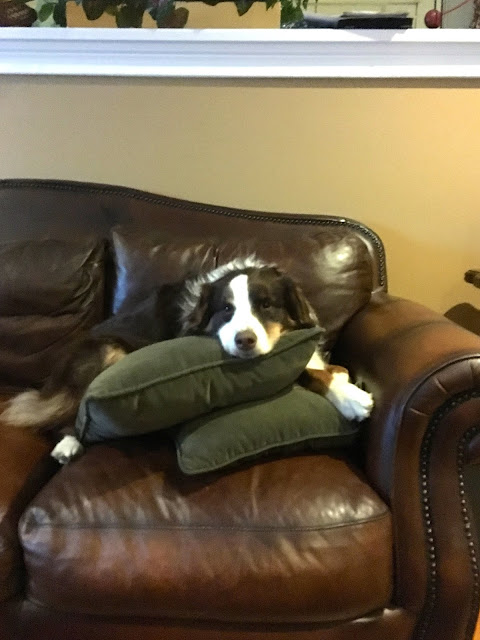 Around two weeks ago my Australian Shepherd Ginger started having seizures, three in twenty-four hours. I took her to a vet and she was diagnosed with Idiopathic Epilepsy.  The vet put her on phenobarbital and for the last two weeks she’s had no seizures but she is a little zoned out.  She’s only two and a half years old.  So I’m hoping that her dosage can be cut down or she can come off it entirely eventually.  I’m still not convinced it’s epilepsy and not something she ate outside.  She’s always grazing on weeds or mushrooms or horse poop or who knows what else.  So I’ll wait and see what the vet says when I take her back in a few weeks.

It’s been a stressful few weeks but things are calming down now and getting back to normal.  Not to be a total bummer there is some good news.  The day after my daughter got back from her trip her new horse was delivered.  We had gone down to our friend’s to see him when she got him in and she rode him before she left. My daughter worked for our friend who is a horse dealer when she was in her teens and twenties. It’s the same woman I bought Rosie from.  So without further ado, here is the new addition to the farm. 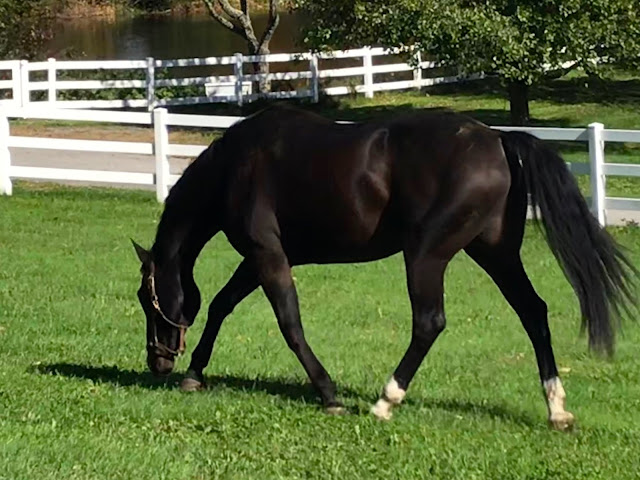 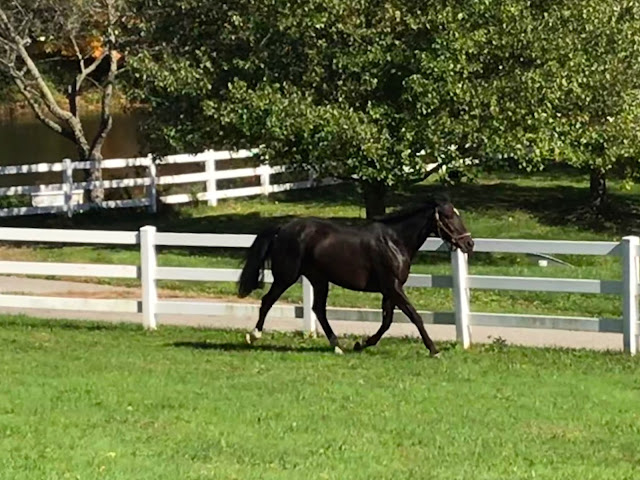 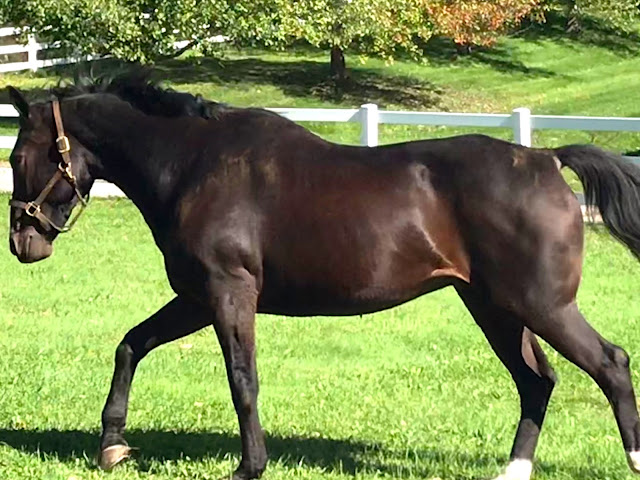 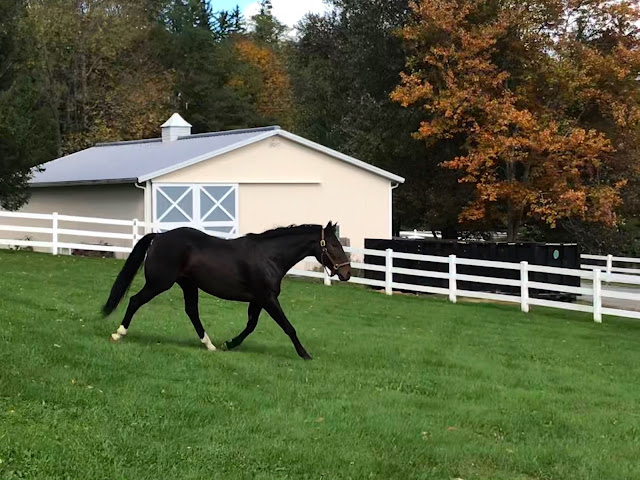 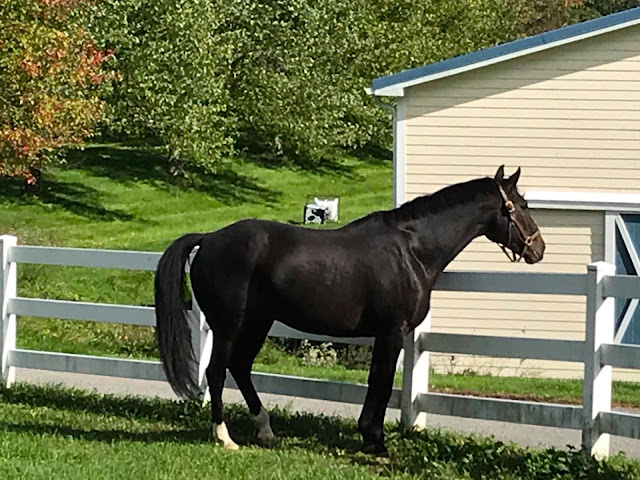 Hanz is a German Mecklenburg Warmblood, 16.2hh originally from Europe. He’s a very kind and smart horse.  She’s had a few rides on him since he arrived and Hanz seems unflappable.  He’s fitting in with the herd bit by bit. Sami is his best friend and for some reason Rosie has taken an immediate dislike to him and charges him occasionally.  She’s being kind of bitchy really.  Maybe once she gets over her heat and gets used to him and Blue is back in town she’ll change her attitude.

Quote for Today
Our perfect companions never have fewer than four feet.
Welcome to Grey Horse Matters. This blog will address issues facing the aging rider. I will try to address the challenges of aging with our horses with sympathy, support and humor. This blog will also feature my interests pertaining to all horses and information I think might be helpful to all equine enthusiasts. In general, anything that I find amusing, helpful, insightful or just plain catches my attention or is fodder for thought or inspiration. I hope you will join me as I muddle through on my way to being a better horsewoman.