A New Addition To The Farm 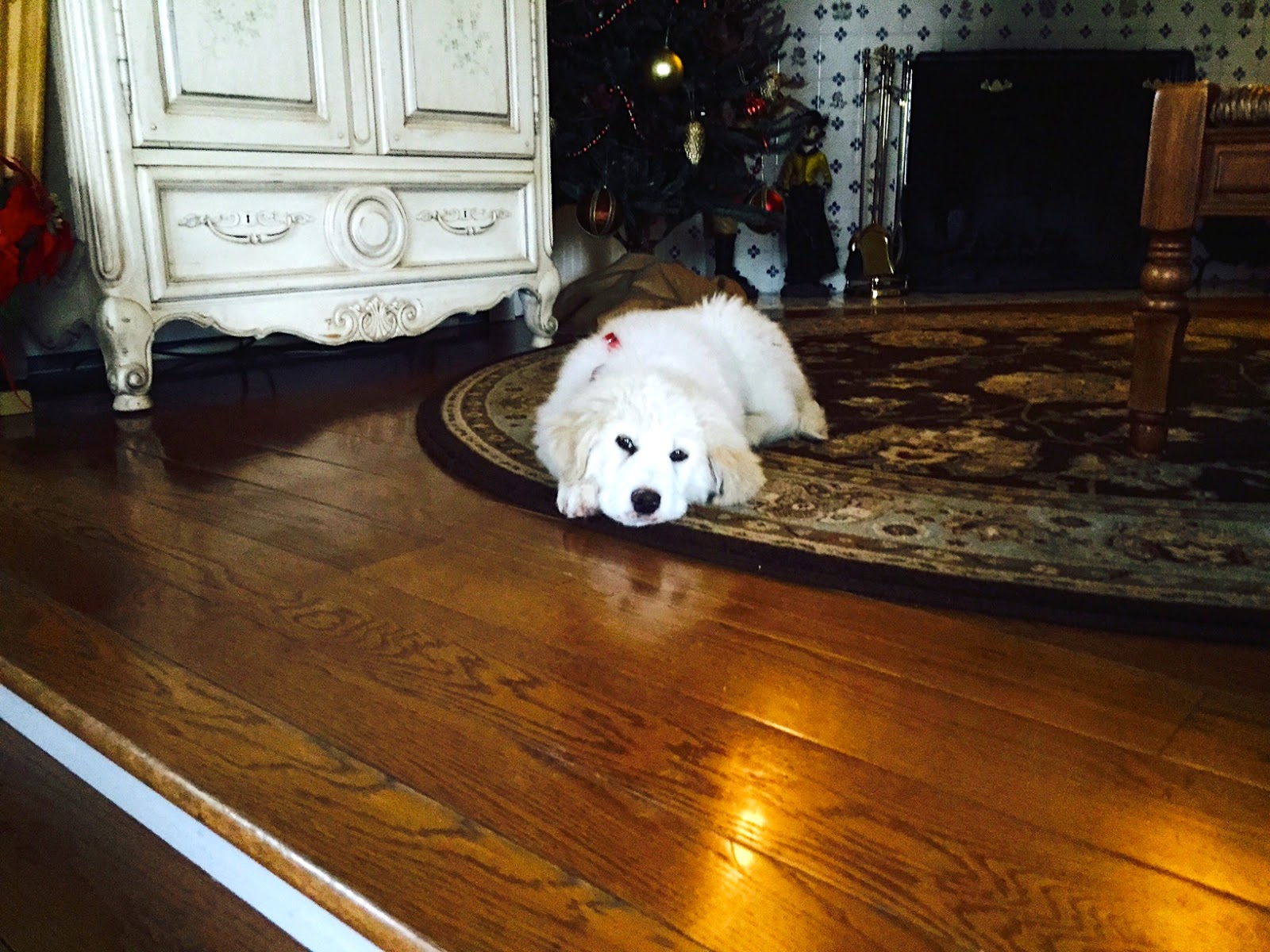 On December 30 my daughter was driving home from work when the car in front of her swerved into the other lane to avoid something in the road.  She realized it was a puppy and stopped, put her flashers on and got out of the car to pick him up so a car wouldn’t hit him.  Some cars behind her stopped and a woman got out to help her.  She noticed a grown dog in the woods on the side of the road and tried to reach that dog too but it ran away.  After she got the pup in the car she knocked on a few doors and asked if anyone knew who the puppy belonged to but no one did.  Since it was getting dark she took him home with her.

The next day, New Year’s Eve, she brought him to our vet to have him checked out.  The vet thinks he’s about 10 weeks old.  He was covered in mud and ticks and was very thin.  He has a bit of a head tilt and the vet thinks it likely a car hit him.  The vet called the dog warden because that’s the rule when you find a pup.  They kept him at the clinic for further tests for two nights and my daughter visited him each day to play with him.  He loves belly rubs by the way.
When his time was up at the clinic the warden took him home with her. There is a certain time frame that they need to keep found puppies to make sure they’re not stolen or the owners don’t want them back. The warden was given three other puppies from this litter that were found on Christmas Eve on the same highway. Seems the heartless   “loving” owners didn’t want any of the puppies back that they let loose to fend for themselves.  They’ve all since found good loving homes.
After the allotted time my daughter was allowed to adopt this cute little guy. She hasn’t even thought of getting another dog since her Molly died a few years ago.  Molly was a rescue dog and my daughter always said when the time was right she would get another rescue but the dog would have to find her or pick her like Molly did.  I think this little guy fits the criteria perfectly.
The best we can figure is this poor little guy was fending for himself out in the cold and the woods for a week after his brothers and sisters were found.  He’s tough to have survived.  He might have had some help from the adult dog who we found out was his father, the one my daughter saw running away in the woods.  So dad was most likely helping to keep him alive. We’ve learned that the mom is a Labrador and dad is a Great Pyrenees.  Looks like this little guy takes after dad. 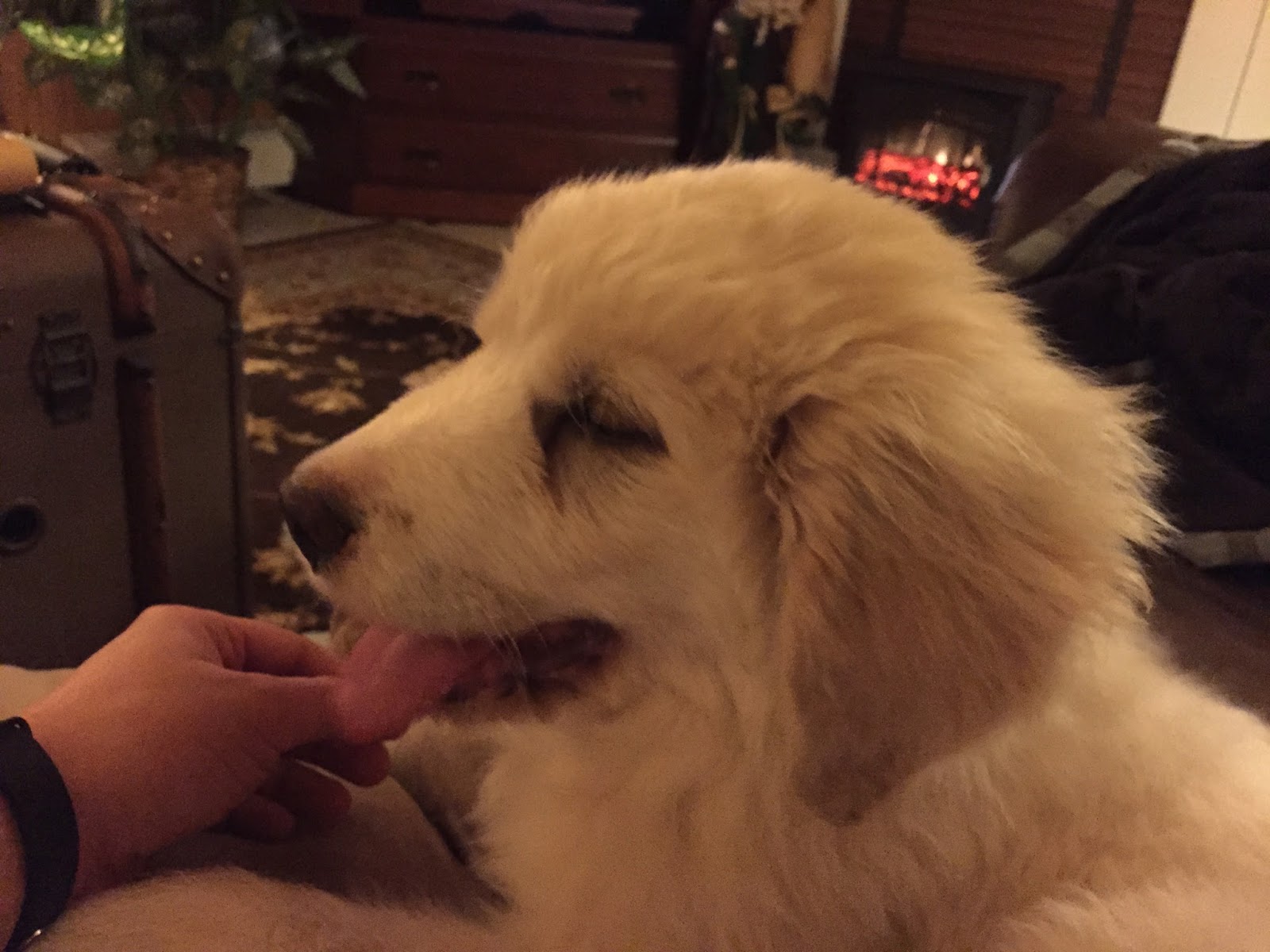 He’s very sweet and happy but a little shy sometimes.  Who can blame him?  My daughter named him Gunnar.  The  name means “warrior.”  Gunnar had to be a little warrior and adventurer to survive in the woods and on the roads for so long by himself.

Quote for Today
Oh the saddest of sights in a world of sin
is the little lost pup with his tail tucked in.
Arthur Guiterman