Tuesday our ten-year-old Australian Shepherd “Murphy” had an operation to remove a grapefruit sized fatty growth.  This was down in his groin and I honestly don’t know how he wasn’t walking sideways.  The operation was a success and he’s home recuperating now.  I’ve got to say I like the soft cone collar he’s wearing, to keep him from taking his own sutures out, much better than the old hard plastic cones.  They were hard to deal with, especially in doorways.  So far the only problem he’s had is when he goes out for his potty breaks.  Seems while he’s sniffing around for that sweet spot he keeps stepping on the collar and getting stuck in place.  Doh! I’m sure he’ll figure it out today he’s very smart. In the meantime he has his sister Maggie checking him out on a regular basis to make sure he’s really home.  She did miss him while he was gone.  Murphy does a lot of sighing when she’s around him though... 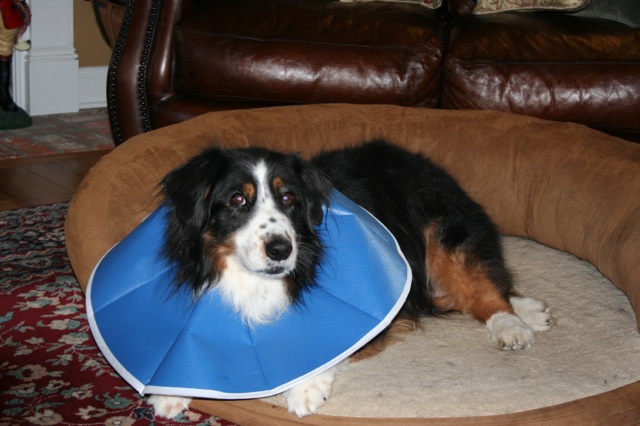 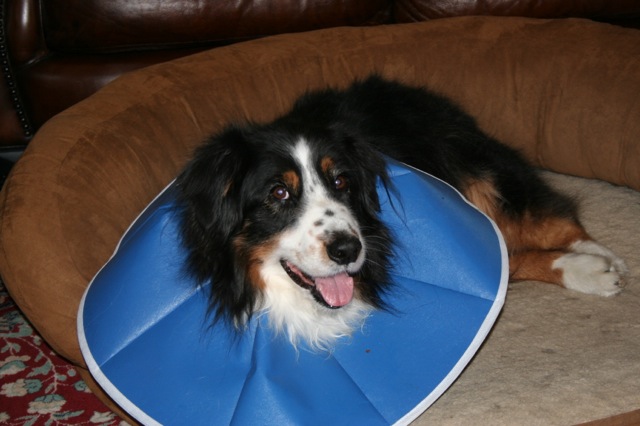 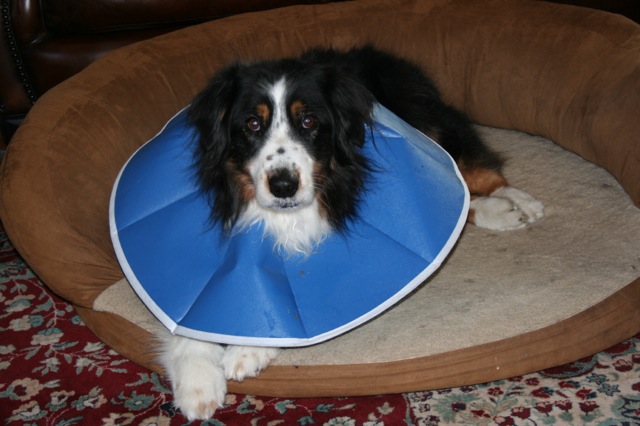 Quote for Today
A man may smile and bid you hail
Yet wish you to the devil;
But when a good dog wags his tail,
You know he's on the level.
~Author Unknown
Posted by Grey Horse Matters at 3:04 PM