Riding Should Be Enjoyable 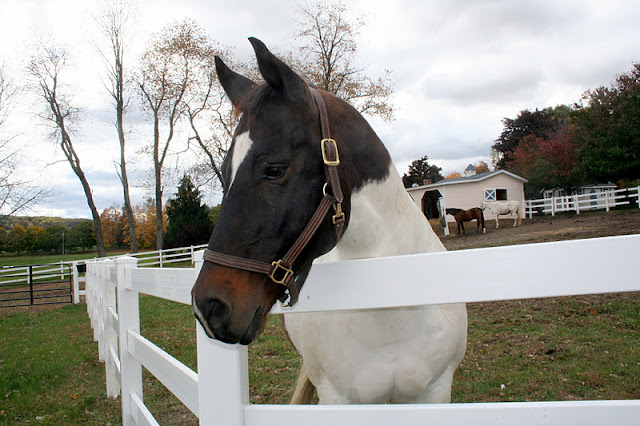 Whatever our discipline, be it English or Western, we all want to do it correctly and do it right for our horses and ourselves.  We also need to make it enjoyable for both horse and rider or it becomes a mundane repetitious bore of a chore.  I seldom get bored when riding because any time spent in the saddle for me is preferable to anything else.  However, horses will get bored unless you mix it up a little each time.  No horse likes to be drilled over and over with the same lesson and will often lose their enthusiasm.  I’ve never ridden a “push-button” horse.  We’ve always had horses who thought for themselves and who actually questioned us sometimes, to make sure we got it right.  Our horses over the years made us think and solve problems.
Since I’ve been working with Blue the last few months, I believe we’ve come to an understanding.  If he responds properly to cues when asked, he’ll be rewarded with treats and praise.  Blue started out testing me to see if I could prevent him from going around the ring with his nose to the ground like a snowplow.  We worked through that in a week or two by me insisting he go forward and lift his head.  Then we went on to continuous forward impulsion, which was a little harder, but persistence paid off and now when asked he trots at a beautiful working trot pace.  It’s not that he needed to be retrained—not the case at all—it’s that he wanted to see if I could get him to do it.  Guess he figured if he didn’t have to work, why should he?
As I’ve mentioned before, Blue is his own horse and, being exceptionally smart, is always looking for a way out of working.  If he would only use his brilliant mind for good instead of lazy, we’d all have a much easier time of things.  It’s horses like Blue who need the ebb and flow of change.  When he gets bored he zones out and tunes me out, which can not only be frustrating but dangerous.  A horse that isn’t listening and paying attention to their rider isn’t safe.
This past weekend we worked on different scenarios to spark his interest.  On day one we worked in the outdoor arena and reinforced his forward trot, incorporating some figure eights with change of diagonals and bending.  Day two in the outdoor arena found us walking, bending and trotting to warm up and, since he was forward and attentive, we added something he’s wanted to do, the canter.
A confession here:  I haven’t actually cantered a horse since Erik died three years ago.  Not because I can’t or am fearful, but because I didn’t have a horse who could.  Dusty was not ready and, even when she jumped into her pogo stick canter with wrong lead behind, it just wasn’t a real canter and doesn’t count. Blue’s canter is nowhere near as big as Erik’s, but he does cover ground.  To look at him you see a 15.3 hand chunky Quarter Horse, but he has a very elegant movement when traveling correctly.  We’ve been asked many times if he’s a warmblood.
Day three we took Blue and Nate out for a short trail ride through the property to the back field.  We could have gone a lot farther but, unfortunately, Nate was being Nate and spooking and threatening to rear most of the way.  It’s not entirely his fault, as he hasn’t been ridden out back in some time because of injuries or illness.  He was spooking at spider webs covered in dew in-between fence slats, turkeys in the hayfield next door, the gate, the birds, the…  I think if Blue wasn’t with him as a Steady Eddie companion and my daughter wasn’t such a good rider it could have gotten ugly.  But, all things considered, it was a nice ride.
So all in all Blue and I had a great weekend with lots of good things accomplished.  By mixing up where we rode and what we did, I think I managed to keep it mildly interesting for Blue. But the most important thing is we both had fun and enjoyed ourselves.  I’m looking forward to our next ride and hope he is too.
Until next time
Quote for Today
The most wonderful about riding is getting off and knowing you've both enjoyed.
Posted by Grey Horse Matters at 7:34 AM