This, That and the Other 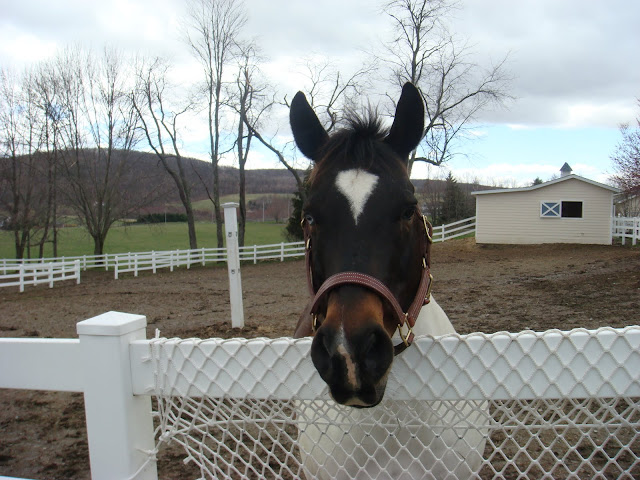 I guess I’m a bit late posting this week.  Seems updating posts is easier in the winter, now that spring has sprung there’s so much work to be done outdoors and indoors, the work load is doubled.  Last Friday was a gorgeous warm sunny day so I decided to drag the indoor and outdoor arenas and, even though it was nearing evening, I dragged one of the paddocks, too.
Saturday brought us horrendous weather that sounded like Armageddon was beating down the doors.  The wind was howling and the rain slashed the windows so violently it sounded like an ice storm. Watching the pine trees sway and tree limbs breaking off and flying through the air, it felt like a mini hurricane. Obviously, there was no riding or training on the agenda. I should have ridden the previous day, of course, but instead I did some much-needed work around the farm.  That’s the down-side of having your own farm, in my opinion.  Had I been boarding it wouldn’t be my problem if the rings or paddocks weren’t dragged. Then again, if I were boarding I’d probably find something I didn’t like happening at the facility. So it’s a double-edged sword; you give up some ride time to get peace of mind. I’ll take it any day over stressing about my horses’ care and being at the mercy or whims of a barn owner or manager.
Sunday we started Sami back to work again with some beginning clicker training and longeing. He did very well and remembered everything he’s been taught previously. It’s a shame we can’t ride him because he has lovely movement; he’d be the perfect talented horse for a small adult or young rider.  Nate also got his first taste of clicker.  It took him a little longer to know what was expected because he was distracted as usual.  Everyone knows his name Nate was modified from us saying, “he has the attention span of a gnat.”  This still holds true.  Grady was longed and looks like his soundness issues may be a thing of the past thanks to a capable farrier and slow correct reconditioning by my daughter.  Donnie did some advanced clicker work before he was longed. He will now follow the cone and touch it with his nose no matter where you put it in the arena.  The same holds true for Blue.  Blue searched the cone out no matter where I placed it in the arena and not only touched it with his nose but knocked it over and looked inside a few times.  I believe Blue is convinced the cone is the treat dispenser.  It’s hard to say who is the smarter pupil because Donnie and Blue are both superstars with clicker work so far. I’m going to take them a step further this week and see how it goes. 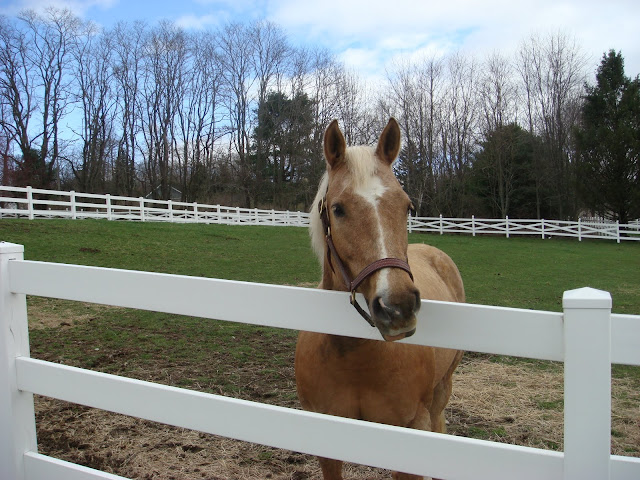 Dusty was the only horse that was under tack this day and we managed a short ride.  It was a long day and she was last to be worked.  She doesn’t mind where she is in the rotation because she gets to hang out in the small grass paddock and keep and eye on the outdoor arena where everyone else was being worked. I find it interesting that the entire herd will wait for her (or any horse) in the opposite paddock before they head to the back field en mass. “One for all and all for one” seems to be the herd motto around here.
Dusty continues to be well behaved at the mounting block and walked away on a loose rein quietly.  After a turn or two around the arena for warm up I asked for a trot and got a few excited steps of canter which wasn’t acceptable at this point; we went back to trot and had a nice soft long and low ride to the right.  When we started to the left she felt a little off, nothing dramatic just not quite right.  So we walked, trotted again and, assessing the situation, decided not to continue. Her legs had no heat or swelling so we’re thinking it might be a muscle pull that will heal itself.
My eldest daughter stopped by with my granddaughters and the six-year old asked to ride Dusty.  With a few adjustments to tack and helmet my daughter led her around the ring.  This is the first time she’s ridden a horse at the farm. Mainly because of the illusion of stirrups, which were too long, and the saddle that was too large for her I was impressed with her balance. It always surprises me how youngsters have no fear: after the first time around she wanted to go over the row of cavelletti and did fine. She and Dusty shared a nice quiet time. Dusty was an angel (did I just say that?) with the little one on her back and kept looking over at me as if to say “You and I could get a long fine if we could ride like this all the time!”
Until next time
Quote for Today
A horse is an angel without wings
Posted by Grey Horse Matters at 11:01 AM