Urgent - They Need Your Help 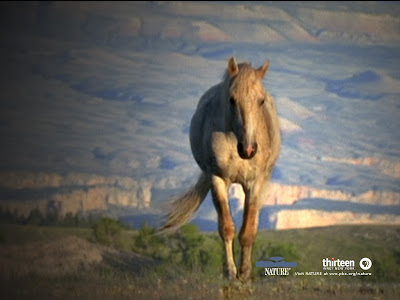 'Cloud'
Yesterday I saw this on Suzanne’s’ blog Golden Days. She has graciously given me permission to reprint her post, and anyone else who wants to repost this is also welcome to do so. Please read this and take action if you feel compelled to do so. I did and I feel we all have to start voicing our outrage about these inhumane practices. I’d like to say 'before they get out of hand' but they are already out of hand and the people back in Washington need to know what’s going on with one of their agencies. With everything going on in the country right now I’m sure this ‘little annoying problem’ is on the back burner and it needs to be brought to the forefront and acted on quickly. Someone has to start caring about this situation and the only way to get your representatives to do that is to make it known that your vote is important to them and if they want your vote they had better start caring about what you care about too.

I’ve checked out Cloud’s blog and apparently he has already been rounded up with some of his herd by the BLM and put into a holding pen.

Here’s a photo gallery of Cloud and his herd mates: Photo Gallery

Cloud and the wild horses of Montana’s PryorMountains are world famous but fame it appears is not going to protect the herd from a drastic government round up planned to begin September 1st in their spectacular wilderness home.

There are currently only 190 wild horses (one year and older) living in the PryorMountains. The BLM plans to remove 70 of them, plus foals. According to the foremost equine geneticist, Dr. Gus Cothran, 150-200 adult horses are needed in the herd to ensure their genetic diversity, which is vital to their long term survival.

These 70 horses would be placed in jeopardy. Any horses over 10 years of age can be bought directly by killer buyers and transported over the Northern border to Canadian slaughterhouses or south into Mexico. Younger horses not adopted would be put into government holding with 33,000 others that the BLM has removed from the wild and has proposed killing because they can no longer afford to feed them.

BLM cites poor range condition as the reason to remove the horses but abundant snow and rain for the past two and a half years has produced wonderful range conditions according to all who have visited Cloud and his herd. The Agency is not listening to anyone. They want this herd gutted. Nearly all the mares returned to the range would be given an experimental two-year infertility drug, PZP-22.

This helicopter round up is just one among many that the BLM is trying to complete, perhaps before the Obama Administration can catch up with what is going on.

The PryorMountain wild horses are descendants of the Lewis and Clark horses who were stolen by the Crow Indians in the early 1800’s. They can be traced further back to the horses brought over with the Spanish Conquistadors in 1500 making them one of the most Spanish of all wild horse herds in North America.

Amazingly fast, incredibly strong, tirelessly proud, fantastically gentle, he is a huge dark beast that touches the hearts of all who meet him.

He has known joy and violence. Felt the warmth of children and the cruelty of abuse. He has nearly died saving lives and merely been killed by a drunken act. He has known the finery of grand estates and the filth of stinking slums. He has survived fire and flood, starvation and torment.

And nothing could break his spirit-or his great love.

This is HIS life.

He is called the horse
- Anna Sewell
Posted by Grey Horse Matters at 9:42 AM